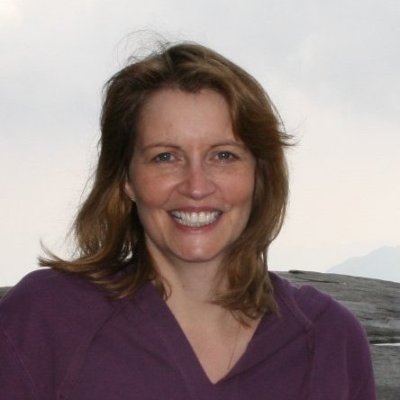 Cheryl Ware was born Cheryl Bender on October 12, 1963 in Elkins, WV. Like the heroine of her books, Venola May Cutright, she grew up in a large family (five brothers and two sisters) in Belington, West Virginia. She had a paper route and stayed nights with her grandmother who had 27 cats. For several years after high school, she worked in banking, as a general employee at the Belington Bank, Belington, WV, from 1981-85 and as a bookkeeper for One Valley Bank, Morgantown, WV, from 1986-92.

Cheryl married Mark Ware, an electrical contractor, on May 20, 1983. She later attended West Virginia University, earning a B.A. in English and a B.S. in secondary education in 1988 and an M.A. in English in 1992. She taught as an instructor at Fairmont State College for a year, then at Alderson-Broaddus College, Philippi, WV, from 1994-97.

Her first book, Sea Monkey Summer, was published by Orchard Books in 1996 (republished as Flea Circus Summer, 1997, due to a conflict with a real sea monkey company). Sea Monkey Summer introduced readers to Venola May Cutright, the spunky eleven-year-old heroine of Ware's three published books. The story is a series of short letters that Venola writes - to the circulation director of the local newspaper (who, after much pestering, gives her a paper route), to her best friend Sally, away at camp, and to the mail-order company from which she purchased her ill-fated sea monkeys.

Ware published the second book of Venola's adventures, Catty-Cornered, in 1997. Venola is sent to spend nights with her grandmother, and her grandmother's many cats, because the elderly lady is afraid to stay alone. Cut off from television (her grandmother's TV is for religious programs only) and the telephone with only her diary to keep her company, Venola pours out the highs and lows of her pre-teen life. The third Venola book, Venola in Love, was published by Orchard Books in 2000. Not only is Venola still keeping her diary, but she's now "online" and sharing her Internet and email adventures. Ware is currently working on the next book in the Venola series, tentatively titled Venola the Vegetarian. In addition to the Venola books, she has also published Roberta Price Has Head Lice, a picture book about lice in school.

Cheryl Ware currently lives in Elkins, WV, with Sammy the Samoyed and Toonces the cat. She teaches writing workshops to children around the state, trying to share her passion and enthusiasm with children. Commenting on her one life, Ware once said, "I think my calling in life is not only to write books, but also to encourage young writers to develop their skills. So many children think that they have nothing interesting going on in their lives, but when we begin writing, my stories can't compare to the rich stories some of them bring forth!"