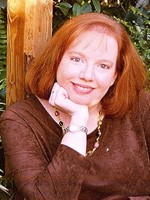 Gretchen Moran Laskas is proud of the fact that she is an eighth generation West Virginian. At age five her family moved to Beaver Falls, Pennsylvania, where she lived and attended school, graduating in 1987. She studied literature and philosophy at the University of Pittsburgh.

In 1999, while she and her husband were living in Cleveland, Ohio, Laskas began submitting The Midwife's Tale to agents, and in 2000 she was signed by Dial Press (Random House) with the book released in 2003. Among the honors the book has received are the Appalachian Studies Association's Weatherford Award for Outstanding Contribution to Appalachia and the Appalachian Writers Association Fiction Book of the Year Award (2003), as well as Southeast Booksellers Book of the Years and Library of Virginia book award nominations.

Laskas' second novel, The Miner's Daughter came out in 2007. She has been published in a variety of journals, magazines, and anthologies, and will serve as 2012 Appalachian Heritage Writer-in-Residence at Shepherd University, participating in the West Virginia Fiction Competition and fall residency events, as well as the completion of the 2013 Anthology of Appalachian Writers, Gretchen Moran Laskas Volume V.