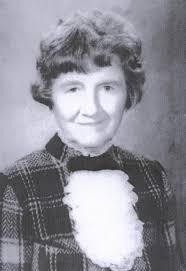 Folklorist Ruth Ann Musick (September 17, 1897-July 2, 1974) was born in Kirksville, Missouri. She earned a B.S. in education from the Kirksville State Teacher’s College and an M.S. from the State University of Iowa. After teaching school, she earned a Ph.D. in English from the State University of Iowa in 1943. While there, folklorist Edwin Ford Piper first interested her in folklore.

Musick died in Fairmont. She bequeathed to Fairmont State her unpublished folklore estate, now archived in the West Virginia Folklife Center at the university. In 1980, the university library was renamed the Ruth Ann Musick Library.

The Telltale Lilac Bush and Other West Virginia Ghost Tales

Coffin Hollow and Other Ghost Tales

From the You Tube Channel, WV Network, a web series called"The Telltale Lilac Bush" (4 seasons produced) features a retelling of fire side ghost tales from the Ruth Ann Musick book of the same name.

The series, although simple in concept, features a different story each week told over a roaring campfire on a cool, dark evening.

The series is produced by Matt Wilson Productions with permission from The University Press of Kentucky.