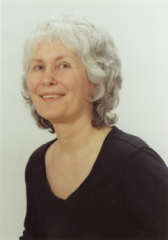 After 32 years as a journalist, Kate Long left the Charleston Gazette to become co-director of Try This West Virginia. She has received national awards for print journalism, public radio production, non-fiction and songwriting. She hosted and produced the national award-winning In Their Own Country public radio series.

She has been named Public Citizen of the Year by WV-NASW, is on the advisory board of the Southern Obesity Summit, and was named West Virginian of the Year by West Virginia Healthy Kids and Families. She has worked as a special education supervisor, a counselor for runaway teenagers, and a home teacher for families with disabled children.

She grew up in Fayette County and graduated from West Virginia University. Long has an MA in special education from The George Washington University.

In Their Own Country