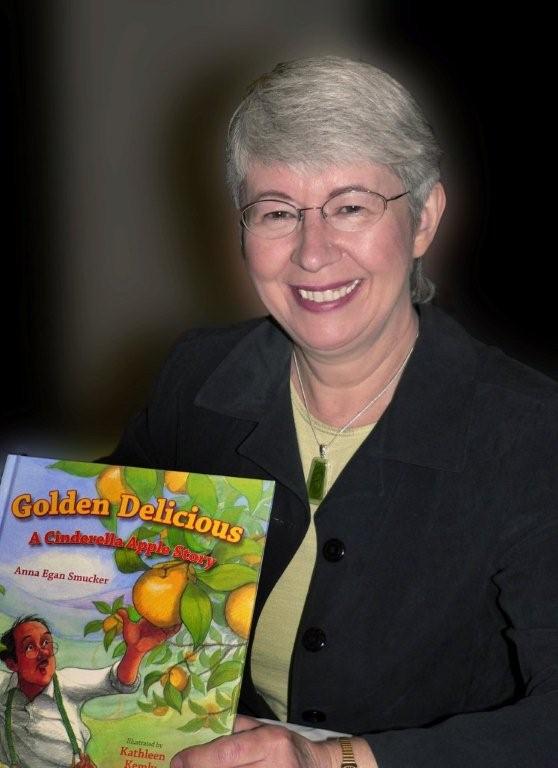 Anna Egan Smucker was born in Steubenville, OH, but her family moved to West Virginia when she was young. Anna grew up in Weirton, WV, a steel-mill town in northern West Virginia. She attended Carlow College in Pittsburgh, earning a B. A. She then completed an M. A. at Michigan State University.

She published her first book for children, No Star Nights, in 1989. Based on Smucker’s Weirton childhood and beautifully illustrated with oil paintings by Steve Johnson, No Star Nights is a lyrical depiction of growing up in a 1950s steel town, when “the night sky glowed orange from the steel furnaces and she couldn't see the stars” (Horn Book). The book received high praise from parents and educators, and is frequently recommended for use in teaching children about autobiography and the history of industry.

Her second book for children, Outside the Window, was published in 1994. The rhythmic, almost lullaby-like story describes the life of a young boy getting ready for bed as seen and told by a mother bird to her babies as they nestle in for the night. Hazel Rochman in Booklist commented that the book was an excellent one for children who “will enjoy seeing themselves from a birds-eye view.”

In addition to writing books for children, Anna Egan Smucker is also a published poet. Her poems have appeared in Now and Then, The Best of West Virginia Writers, Wild, Sweet Notes, and A Gathering at the Forks. She was also a contributor to Hillchild: A Folklore Chapbook About, For, and By West Virginia Children. She has also worked with her husband to co-author parts of numerous workbooks and student textbooks in reading and social studies for the Macmillan/McGraw Hill School Division.

Anna and her husband, Kim Smucker, live in Bridgeport, West Virginia. They have two children.