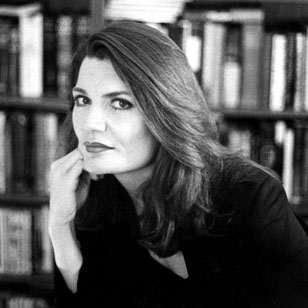 After a successful career as a journalist and gossip columnist and after penning a well-received book about the gossip industry, Jeannette Walls wrote her award-winning 2006 memoir The Glass Castle, a book which described Walls’ unconventional and, sometimes, shocking upbringing at the hands of two loving but unstable parents.

Born in Phoenix, Arizona, Walls traveled with her itinerant parents and three siblings across the western United States until the family moved to her father’s hometown of Welch, West Virginia. Walls, her two sisters, and a brother lived in severe poverty and experienced bouts of homelessness as a result of their parents’ unorthodox world views and refusal to conform to societal standards.

At seventeen, Walls followed an older sister to New York City and finished high school there, going on to receive a degree from Barnard College. She found success as a writer for New York magazine and as a gossip columnist for MSNBC, eventually writing the book Dish: The Inside Story on the World of Gossip.

However, it wasn’t until The Glass Castle was published that Walls’ New York colleagues became aware of the details of her curious upbringing. That year The Glass Castle received the Christopher Award, the American Library Association's Alex Award and the Books for Better Living Award and has since sold over one million copies.

Half-Broke Horses: a True-Life Novel, was named one of the ten best books of 2009 by the New York Times and is based upon the life of Wall’s grandmother, Lily Casey Smith. Jeannette Walls lives in Virginia with her husband, the writer John Taylor.

Dish: The Inside Story on the World of Gossip. New York: Avon Books, Inc. March 2000.